The WTU’s Fund Our Schools Campaign is calling for funding to guarantee that each and every DC public school receives the support needed to meet the needs of its students. This includes funds for adequate staffing levels, up to date computer labs, libraries and other resources, designated funding for school security so that these costs do not diminish educational resources, and sufficient funds for the programs needed by students who have been traditionally underserved by our schools. The campaign is part of a national effort by the American Federation of Teachers to urge lawmakers to approve budgets that accurately reflect the needs of students.

Sign-up below to stay up to date on our

Last year, close to 3,000 people have signed our petition to Fund Our Schools, which WTU President Elizabeth Davis hand delivered to DC Councilmembers.

The WTU also held a press conference exposing the Mayor’s proposed slashing of funds to DC public schools, especially those East of the River serving low-income students. Along with WTU President Davis, a teacher, a parent, a student, and a faith leader explained the harm the Mayor’s proposed budget would do.

Immediately after the press conference, WTU members turned out in force to testify before the DC Council for adequate school funding.

At the rally, WTU President Elizabeth Davis pledged that “We will continue this campaign until we get a budget that includes resources to meet the needs of all students within the diverse population served by DCPS. Regardless of their race, ethnicity, immigration status or economic circumstance, each and every DCPS student deserves the supports required to create excellent educational opportunities for all.”

Click here for The Washington Post’s coverage of the rally.

The WTU’s efforts blocked some proposed cuts and pushed the DC Council to amend the proposed 2020 DCPS budget to add $7.5 million. Furthermore, the DC Council raised the Uniform Per Student Formula from 2.2% to 3%, an increase of .8%. However, funding for DCPS schools remains inadequate. The Council rejected a proposal by the WTU for an additional $35 million for schools with the greatest losses. 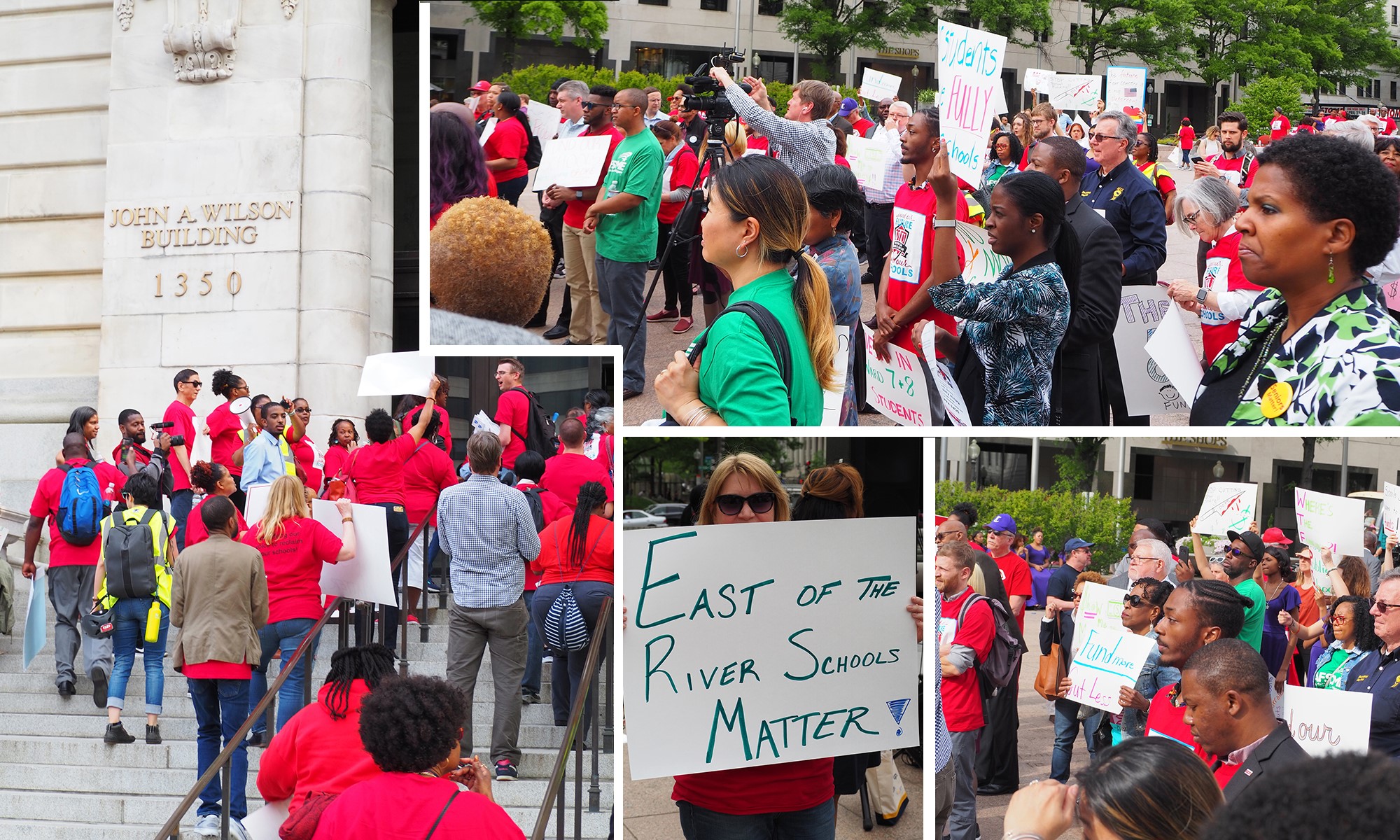